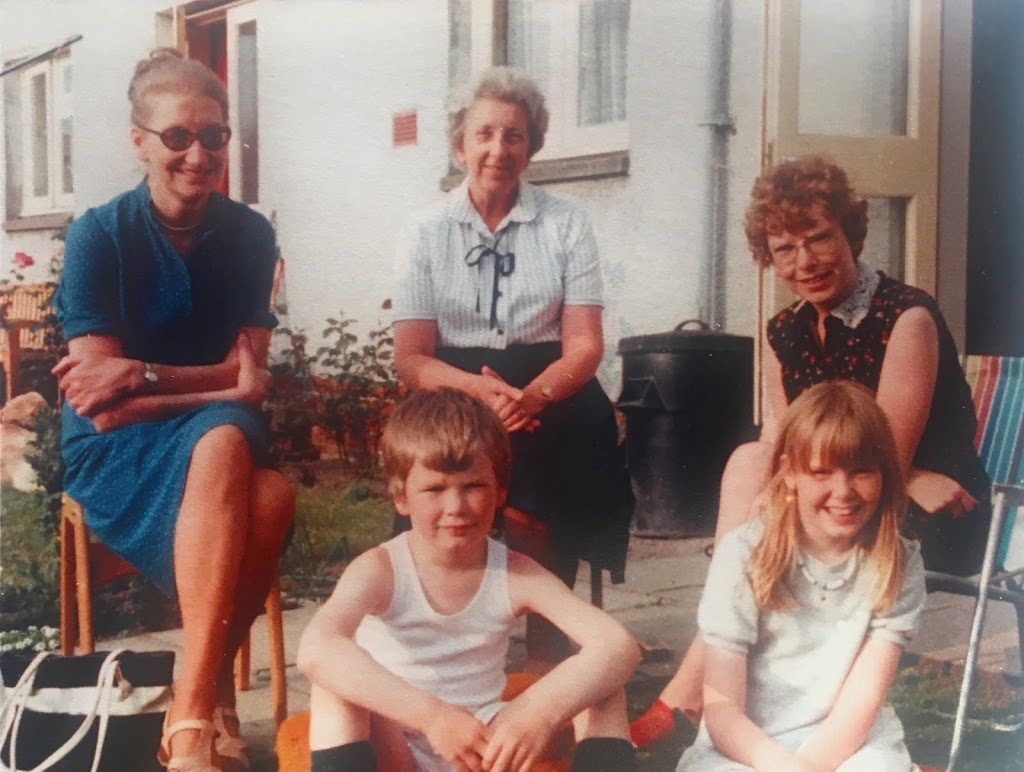 My first cinema visit was the zenith of an arduous expedition made in 1983 by a small and intrepid gang of adventurers from Shetland. The group comprised great Auntie Sheena (Leask), my mother, sister and I, at that time a 7-year-old boy who had never left the islands.

Auntie Sheena was very much the expedition leader, a formidable woman with experience of the ‘outside world’, and possessing the strict wisdom of a Jedi Master.

Our quest was Edinburgh where Auntie Sheena had spent much of her young adulthood. My understanding was that Edinburgh was a remote outpost of our family where some distant cousins lived. When they occasionally visited us with tales fae sooth, they were at once familiar and alien. I didn’t know what to expect from Edinburgh, but I knew it would be different to Lerwick.

Having never been on a plane before, the journey was itself gripping, and I arrived in a new realm of strange sights, sounds and stimulus. There were people everywhere, and I didn’t recognise any of them – an unsettling and exciting experience for a Shetland boy who had grown up in a community of familiar faces.

Double-decker buses particularly impressed me. Sitting on the top deck was like flying through the streets. We went to the zoo, which was full of exotic creatures. Not a single sheep or cow. And the rows of shops seemed endless, where you could buy things I didn’t know even existed.

Our trip summited at the cinema to see ‘Return of the Jedi’. I had been skittering with excitement about this prospect for months. I’d seen ‘Star Wars’ on TV, but I knew ‘Jedi’ on the big screen would be something special.

Once Auntie Sheena had bought our tickets and sweeties and we’d hopped up the stairs into the ominously dark room, I was only aware of the popcorn, my mam, auntie, sister and me – although the cinema was full, it felt like we had the place to ourselves. My memory is framed in the 3rd party, sitting a few rows behind our posse and spectating over my own shoulder, like I was watching myself on the screen.

As the music kicked in, the titles rolled and the plot began to unfold, I had the feeling that the story was about my odyssey to Edinburgh. I was the hero from a small star in the backwaters of the galaxy who had been on the epic journey to extraordinary new lands full of beasts, unfamiliar humanoids and bizarre modes of transport – all under the tutelage of Jedi Master Auntie Sheena. I drew parallels to my own life. It all made sense. I must be Luke Skywalker, and therefore my sister was Princes Leah, Auntie Sheena was Obeewan Kenobee and my best pal Daryl was Han Solo. Mam was Yoda (sorry Mam) but I wasn’t too fond of the idea that Darth Vader could turn out to be Dad.

From that point on, my childhood became entwined with the Star War saga. It was part of my identity, my reality.

The battle between the Force of good and the Evil Empire resonated around me. Each day I played out the moral narratives with my Star Wars toys. I wondered if my destiny might be to stout-heartedly unite the Cold Warring factions of my youth, plucked from Shetland to save the world, Skywalker-eque style. My mam assured me I’d have to finish Primary School first.

Auntie Sheena passed away recently, but her Force lives on.